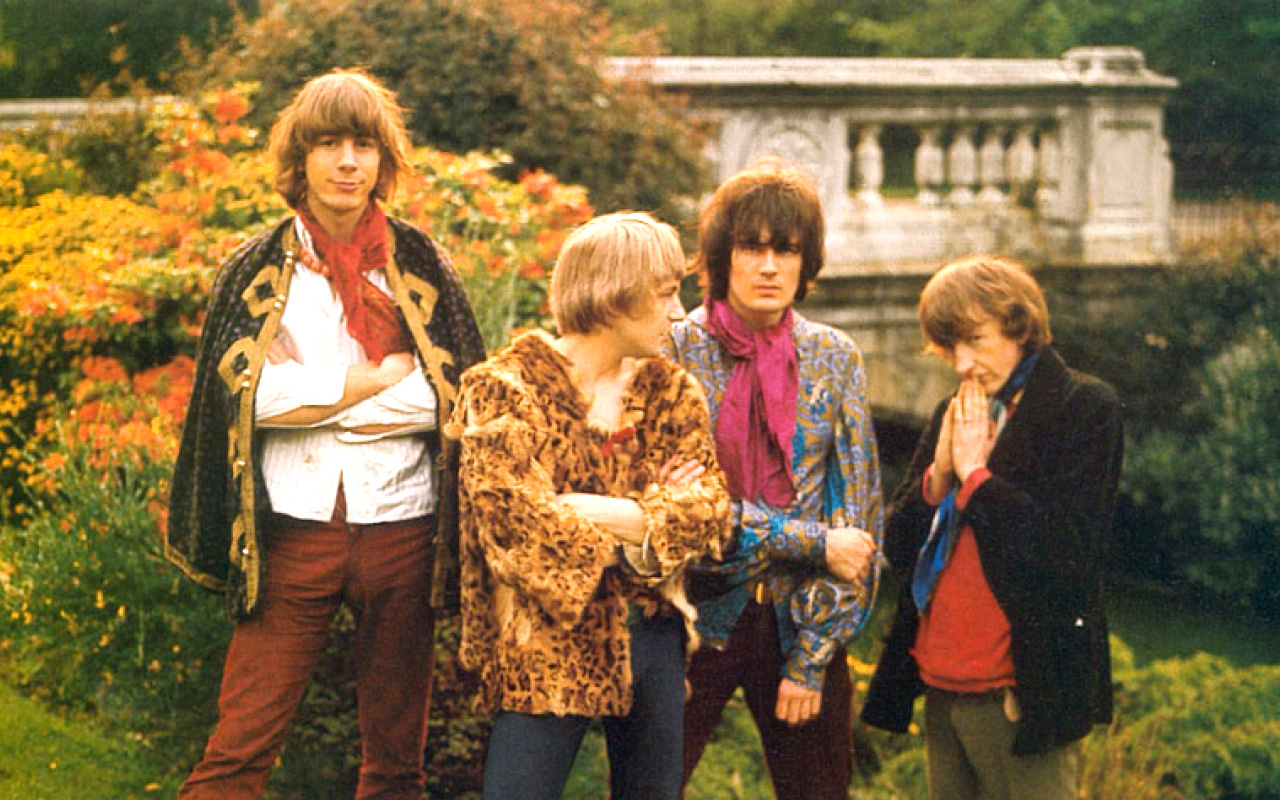 Soft Machine (billed as The Soft Machine up to 1969 or 1970) were formed in mid-1966 by Robert Wyatt (drums, vocals), Kevin Ayers (bass, guitar, vocals), Daevid Allen (guitar) and Mike Ratledge (organ). Allen, Wyatt and future bassist Hugh Hopper had first played together in the Daevid Allen Trio in 1963, occasionally accompanied by Ratledge. Wyatt, Ayers and Hopper had been founding members of The Wilde Flowers, later incarnations of which would include future members of another Canterbury band, Caravan.

This first Soft Machine line-up became involved in the early UK underground, featuring prominently at the UFO Club, and subsequently other London clubs like the Speakeasy Club and Middle Earth. In April 1967 they recorded seven demo songs with producer Giorgio Gomelsky in De Lane Lea Studios that remained unreleased until 1971. They also played in the Netherlands, Germany and on the French Riviera. During July and August 1967, Gomelsky booked shows all along the Côte d'Azur with the band's most famous early gig taking place in the village square of Saint-Tropez. This led to an invitation to perform at producer Eddie Barclay's trendy "Nuit Psychédélique[fr]", performing a forty-minute rendering of "We Did It Again", singing the refrain over and over, achieving a trance-like quality. This made them instant darlings of the Parisian "in" crowd, resulting in invitations to appear on leading television shows and at the Paris Biennale in October 1967. Upon their return from their sojourn in France, Allen (an Australian) was denied re-entry to the United Kingdom, so the group continued as a trio, while he returned to Paris to form Gong. 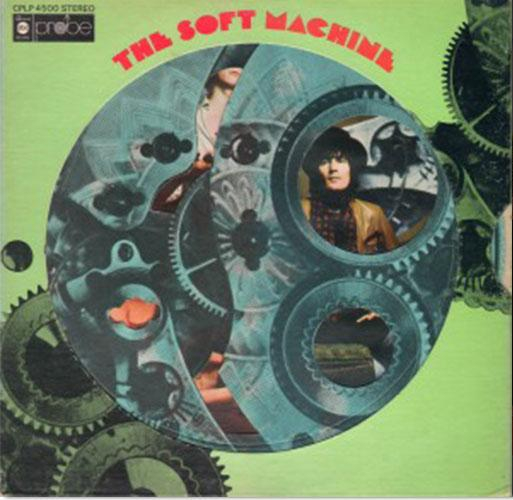 Sharing the same management team as Jimi Hendrix, the band were rewarded with a support slot on the Jimi Hendrix Experience's North America tour throughout 1968. Soft Machine's first album – a psychedelic rock/proto-prog classic – was recorded in New York in April at the end of the first leg. Back in London, guitarist Andy Summers, later of The Police, joined the group following the breakup of Dantalian's Chariot (previously Zoot Money's Big Roll Band). After a few weeks of rehearsals, the new quartet began a tour of the USA with some solo shows before reuniting with Hendrix for a final string of dates in August–September 1968. Summers, however, had in the meantime been fired at the insistence of Ayers, who himself also departed amicably after the final tour date at the Hollywood Bowl in mid-September, and for the remainder of 1968, Soft Machine were no more. Wyatt stayed in the US to record solo demos, while Ratledge returned to London and began composing in earnest.

In December 1968, in order to fulfill contractual obligations, Soft Machine re-formed with former road manager and composer Hugh Hopper on bass added to Wyatt and Ratledge, and set about recording their second album, Volume Two, which launched a transition towards a purely instrumental sound resembling what would be later called jazz fusion. In May 1969 this line-up acted as the uncredited backing band on two tracks of Syd Barrett's solo debut album, The Madcap Laughs. The base trio was, later in 1969, expanded to a septet with the addition of four horn players, though only saxophonist Elton Dean remained beyond a few months, the resulting Soft Machine quartet (Wyatt, Hopper, Ratledge and Dean) running through Third (1970) and Fourth (1971), with various guests, mostly jazz players (Lyn Dobson, Nick Evans, Mark Charig, Jimmy Hastings, Roy Babbington, Rab Spall). Fourth was the first of their fully instrumental albums, and the last one featuring Wyatt.

Their propensity for building extended suites from regular sized compositions, both live and in the studio (already in the Ayers suite in their first album), reached its apogee in the 1970 album Third, unusual for its time with each of the four sides featuring one suite. Third was also unusual for remaining in print for more than ten years in the US, and is the best-selling Soft Machine recording.[13]

This period saw them gaining unprecedented acclaim across Europe, and they made history by becoming the first 'rock band' invited to play at London's Proms in August 1970, a show which was broadcast live on national TV and later appeared as a live album. 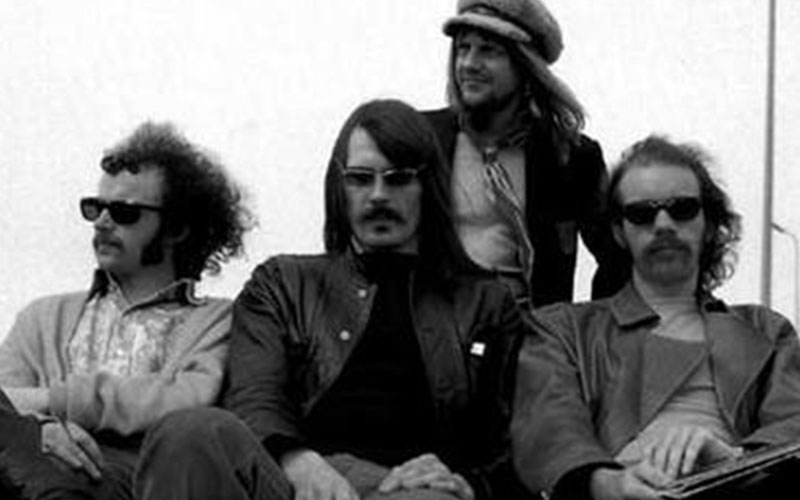 After differences over the group's musical direction, Wyatt left (or was fired from[14]) the band in August 1971 and formed Matching Mole (a pun on machine molle, French for soft machine; also said at the time to have been taken from some stage lighting equipment "Matching Mole"). He was briefly replaced by Australian drummer Phil Howard. This line-up toured extensively in Europe during the end of 1971 (attested by the "Drop" 2008 release) and attended the recording of their next album, but further musical disagreements led to Howard's dismissal after the recording of the first LP side of Fifth before the end of 1971 and, some months later, in 1972, to Dean's departure. They were replaced respectively in 1971 by John Marshall (drums) and in 1972 by Karl Jenkins (reeds, keyboards), both former members of Ian Carr's Nucleus, for the recording of Six (1973), and the band's sound developed even more towards jazz fusion. 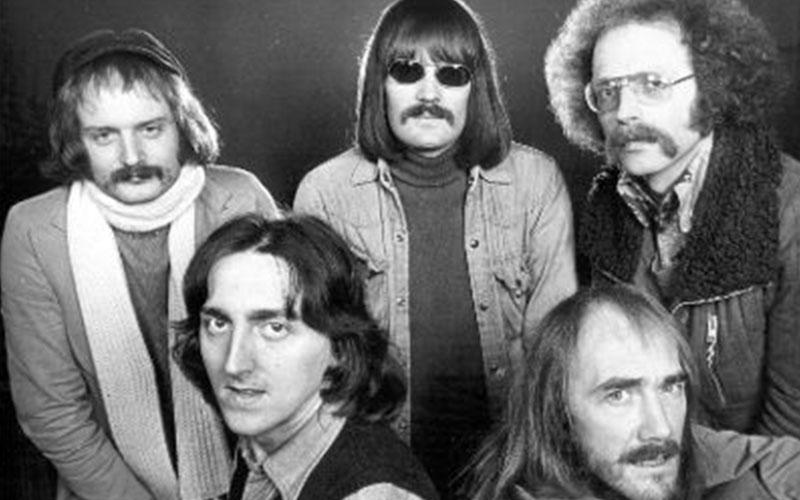 In 1973, after the release of Six, Hopper left and was replaced by Roy Babbington, another former Nucleus member, who had already contributed with double bass on Fourth and Fifth and took up (6-string) electric bass successfully, while Karl Jenkins progressively took over the role of band-leader and main composer. After they released Seven (1973) without additional musicians, the band switched record labels from Columbia to Harvest. On their 1975 album, Bundles, a significant musical change occurred with fusion guitarist Allan Holdsworth adding guitar as a very prominent melody instrument to the band's sound, sometimes reminiscent of John McLaughlin's Mahavishnu Orchestra, setting the album apart from previous Soft Machine releases, which had rarely featured guitars. 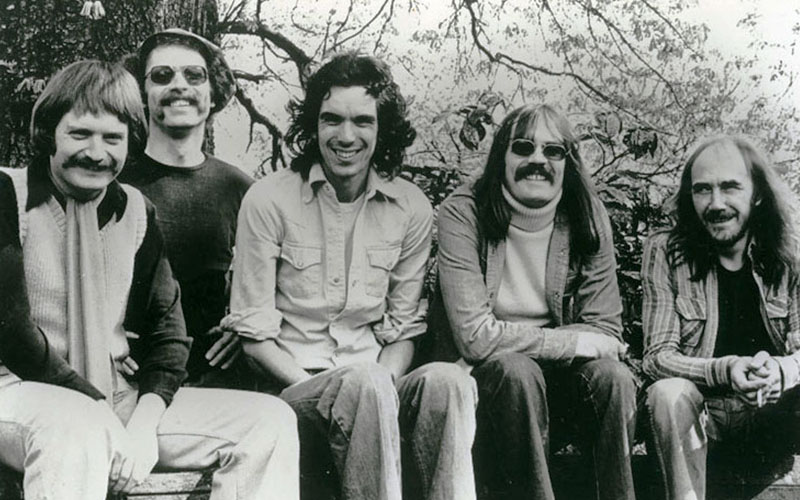 On the last official studio album Softs (1976), Holdsworth was replaced by John Etheridge. Ratledge, the last remaining original member of the band, had left during the early stages of recording. Other musicians in the band during the later period were bassists Percy Jones (of Brand X) and Steve Cook, saxophonists Alan Wakeman and Ray Warleigh, and violinist Ric Sanders. Their 1977 performances and record (titled Alive and Well, ironically) were among the last for Soft Machine as a working band, their very last performance (until the 1984 reformation) being the only Soft Machine concert of 1978.

The Soft Machine name was used for the 1981 record Land of Cockayne (with Jack Bruce and, again, Allan Holdsworth, plus Ray Warleigh and Dick Morrissey on saxes and John Taylor on electric piano), and for a final series of dates at London's Ronnie Scott's Jazz Club in the summer of 1984 ]featuring Jenkins and Marshall leading an ad hoc lineup of Etheridge, Warleigh, pianist Dave MacRae and bassist Paul Carmichael.

"Soft Machine Legacy" was launched in Turkey in Oct, 2004. The intriguing line-up of Elton Dean, Hugh Hopper, John Etheridge and John Marshall was a coalition of 4 long-time servers in different eras of the legendary group Soft Machine, but who had not played before as a unit. With the enthusiastic management of MoonJune in New York - the band quickly established a recording and touring schedule in Europe playing a repertoire of new originals and some vintage pieces. Highlights including appearances at the Umbria Jazz Festival and Leverkusen Jazz Festival (televised).

In 2006 came the sad death of Elton Dean, whose place was taken by young blood Theo Travis, who has a continuing association with Progressive Bands and Artists such as Gong, Robert Fripp, David Gilmour and Steven Wilson and was thus perfectly sympathetic to the music.

After a long illness Hugh Hopper sadly passed away in 2008. A decision was taken to continue with Roy Babbington - thus reuniting 3/5ths of the 1975-77 line up that recorded the acclaimed "Softs" album. This line up toured extensively including in Italy, France, Japan, Netherlands and the UK. In 2012 the band was featured at the Frankfurt Jazz festival with special guest Keith Tippett on piano – a successful line-up that played several shows in the UK afterwards. On a trip to Japan in 2015, the band performed several shows with Gary Husband on drums replacing the unwell Marshall and guest Keith Tippett on piano. 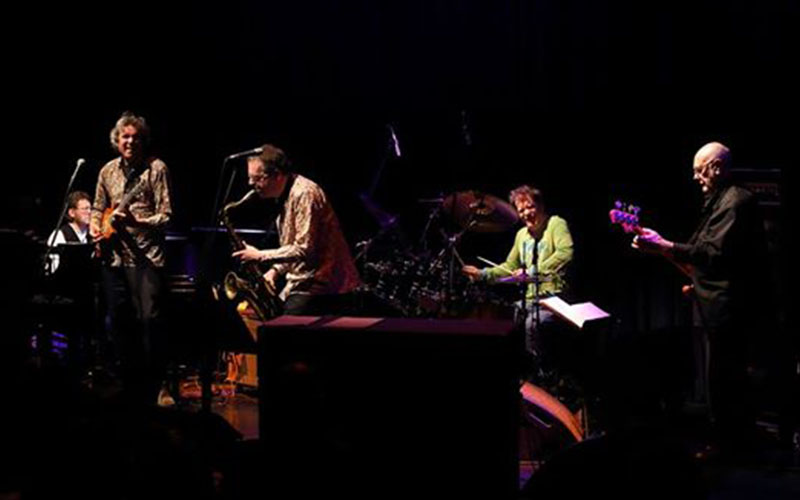 The beauty of Soft Machine’s legacy – and of Soft Machine Legacy, the band – is that nearly a half-century after the original group’s inception, that legacy is far from stagnant but continues to evolve to this day. Ever since Soft Machine Legacy was first formed, the group has amply demonstrated that it is no mere exercise in nostalgia, lazily mining the Soft Machine back catalog; instead, SML has admirably carried the parent group’s spirit of inquiry and exceptional standard of musical excellence forward into the present.

Since 2016 the band formerly known as Soft Machine Legacy was from then on rightfully called ‘Soft Machine’. The Legacy tag, never in fact legally required, was officially dropped. The band toured the UK both in 2016 and 2017, and also performed in Italy, Macedonia, France, Belgium and the Netherlands. In 2018 the band went into Jon Hiseman’s recording studio to record the first album under the name Soft Machine in 37 years – ‘Hidden Details’. 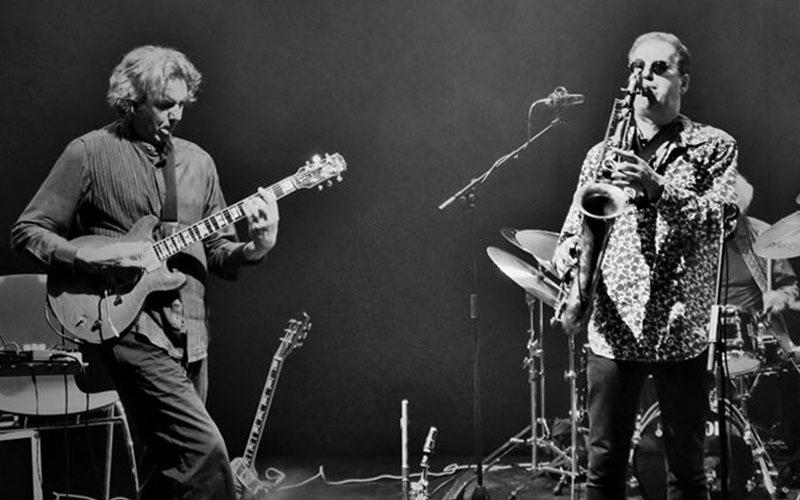