Please ensure that you choose the correct shipping price option for your country! Your item(s) will be delayed if you do not make the right choice as will need to contact you for the supplementary charges. SM 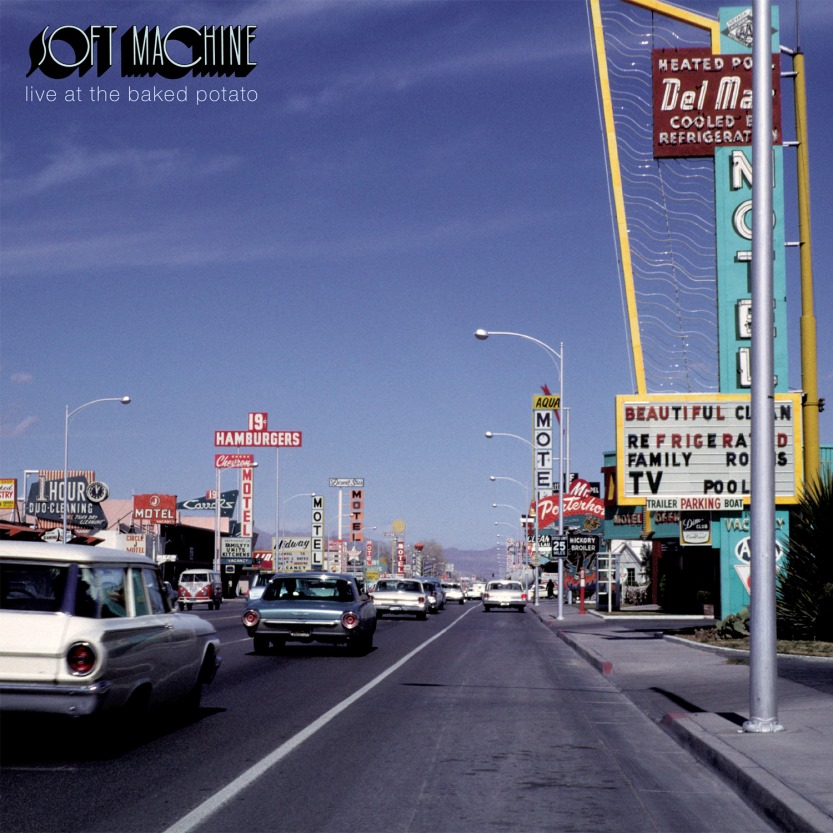 Live at the Baked Potato 2LP

This edition is the 3 sided vinyl with special mosaic etching on side 4. The album was recorded at the legendary Los Angeles jazz Club on 1 February 2019 from one single fabulous set. The band, comprising John Etheridge (guitar), Theo Travis (sax, flute, Rhodes), Roy Babbington (bass) and John Marshall (drums), recorded the album as part of the ‘Hidden Details / 50th Anniversary world tour’.

The album is released on Tonefloat records on 180gm vinyl, was mixed by Andrew Tulloch and features artwork by Carl Glover. It comes in 3 editions – Clear Vinyl, Blue Vinyl and Marbled Vinyl each copy numbered. A Bundle edition is also offered, comprising all three coloured editions (6 discs).

The base price for these releases are;  £30.00 for the Blue and Clear editions and £35.00 for the Marbled edition and £90.00 for the Bundle edition, all plus postage and packing. As you choose your options below, the price you will pay is adjusted accordingly.

Live at the Baked Potato CD

SOFT MACHINE - Live at the Baked Potato.  A CD edition of this 2020 release is now available for Pre-order. The album is released in the UK and Europe on 3 July 2020.

A live album from this extensive tour recorded at the Baked Potato, Los Angeles, USA on 1 February 2019 is released now on CD on John Etheridge’s DYAD label and in the USA and Japan on Moonjune records. The album was initially released as limited edition 2LP with only 200 numbered copies each on transparent, blue and marbled vinyl.  A few copies are still available from this same page.

Mixed and mastered by Andrew Tulloch, at the Blue Studio, London.

The base price for the CD is £10.00 plus all postage and packaging. As you choose your shipping option below the total price is adjusted accordingly.